Lisa Högberg wants the world to become a saner, better world for her grandchildren. But at 77 years old, she knows she might not live long enough to see it.

As the world’s population has grown, so have greenhouse gas emissions, causing the planet’s climate to start breaking down, resulting in uncontrollable fires in America’s west, catastrophic floods in Bangladesh, and devastating droughts in east Africa. Although considered one of the most environmentally progressive countries in the world, Sweden is not on track to meet its goal of net-zero emissions by 2045.

The number of older people in Sweden is set to grow over the next 40 years, with the population of people over 85 expected to increase by over 250 per cent.

That’s why, once every month, Högberg stands outside Sweden’s parliament building with a baby photo of her son (now 40) on a sign saying “Rädda Klimatet” — Save the Climate. She’s been doing this for more than a decade, with a group of fellow grandparents who call themselves the Grand Panthers (a bad pun, they’re happy to admit).

A more famous Swedish climate change activist, half a century younger, made headlines worldwide for striking in front of Sweden’s parliament in the same spot in 2018. Greta Thunberg and her generation place the blame for inaction on climate change squarely at the feet of Högberg’s generation. At the UN COP 24 in 2018, Thunberg told the delegation, “You say you love your children above all else, and yet you are stealing their future in front of their very eyes.” But seven years before Thunberg’s first “skolstrejk för klimatet” – school strike for the climate – these elders were here to call for action.

Högberg lives alone in an apartment full of family photos and paintings of the sea. The Grand Panthers are her chance to leave the house on a dreary afternoon, and feel like she’s making a difference in a world that often forgets about her generation.

Before she became a teacher, Högberg worked as a flight attendant (she still says “air stewardess”) for Scandinavia’s biggest airline. Sweden’s per capita carbon emissions were peaking while Högberg was mixing drinks for businessmen on Transatlantic flights. Her generation has reaped the benefits of their reckless use of planetary resources. But Högberg says they didn’t know at the time how much harm they were doing. It wasn’t until she retired that she really started to focus her attention on the breakdown of the planet, at the same time as climate consciousness was growing in Sweden.

She, along with her fellow Grand Panthers, want the Swedish government to deliver on their commitment to going net-zero by 2045.

It’s impossible not to notice the joy present in the small, but determined, group of elders who gather outside parliament every month. After chanting “Save… the… climate! Now, now, now!” there’ll be an outburst of giggling as they decide on the next song.

Climate is now very much on Sweden’s national agenda. It is the European country that consistently ranks climate as the most pressing concern. But Högberg still doesn’t think Sweden is doing enough to reduce the carbon emissions it exports to poorer countries.

She is far from alone. While young people may get more headlines for their activism, European polling data shows that people of her generation care just as much about the future health of the planet as other generations.

European polling data of 26,669 people who have “personally taken any action to fight climate change over the past six months.” (Excludes the 1% who answered ‘don’t know’.)

This generation has the most to lose from the climate breakdown. According to an academic review of heatwave mortality, elderly women are the most at-risk group from rising global temperatures. In emergencies like floods and forest fires, older people are often left behind, or can’t access help in time. Census data showed that 75% of the people who died in Hurricane Katrina were over the age of 60. In heatwaves, those over 65 are almost always the biggest group of casualties.

How heat affects an elder body

Extreme heat exposure can impact cognitive function, resulting in confusion, which is exacerbated by not drinking enough water.

An older body might not notice dehydration until it’s too late, due to a decline in thirst sensation.

Our ability to sweat declines with age, preventing the body from cooling itself as ambient temperatures rise and stay above average for a sustained period of time.

Blood flow redistribution is key to regulating body temperature, and this ability is also lessened with age.

Elder bodies are not as resilient as younger ones. An older body might not notice that it is dehydrated or dangerously hot. When temperatures rise, even medicine dosing is impacted, and a drug might not work as intended.

The World Health Organization has estimated that climate-exacerbated heat exposure is likely to cause an additional 38,000 deaths among older people in 2030.

In Sweden, winter temperatures could rise by more than 5ºC by the end of the century.

Despite the imminent risks climate change is posing to this generation, the protestors are adamant: they do this for the next generation, not for themselves.

Högberg’s 40-year-old son Tomas, the baby in the picture she carries, says that it is a profound and beautiful thing that his mother might not live to see if her efforts bear fruit.

“I know she struggles a lot to come to terms with being weaker than she used to be,” he says. “I’m very proud that she dedicates her time to this.”

His fiancée, Angela, chimes in: “Her strength, she wants to leave it all to her sons and her grandkids. That’s why she worries so much about the environment.”

The latest report from the Intergovernmental Panel on Climate Change issued what sounded like humanity’s last warning; the window is closing to prevent planetary breakdown. Högberg is beginning to think that nothing will change unless a huge catastrophe hits Sweden.

When Högberg imagines what the future might look like, she is not hopeful. She says, “I think we’re not going to make it. People with money will survive. But lots of people are going to die.” 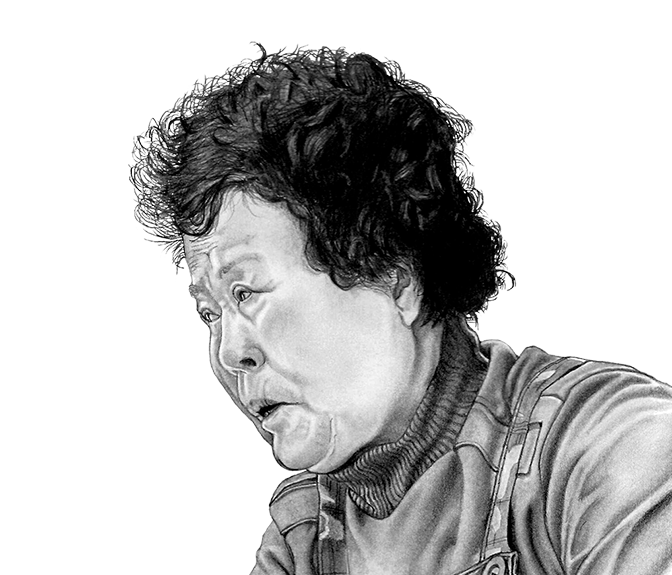 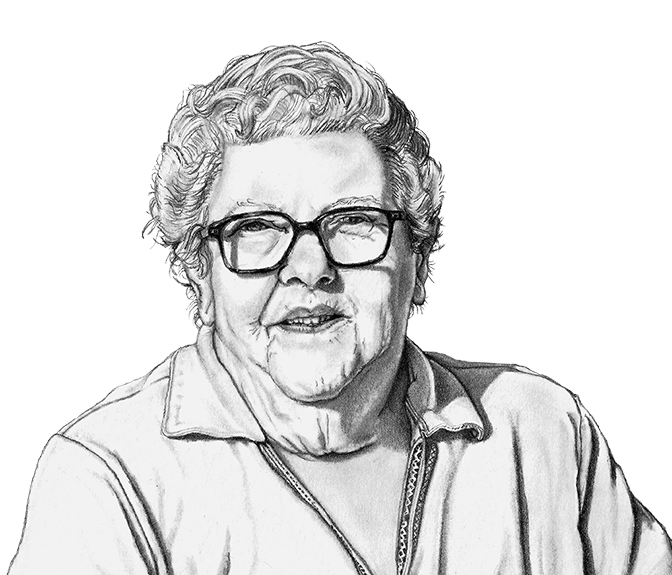